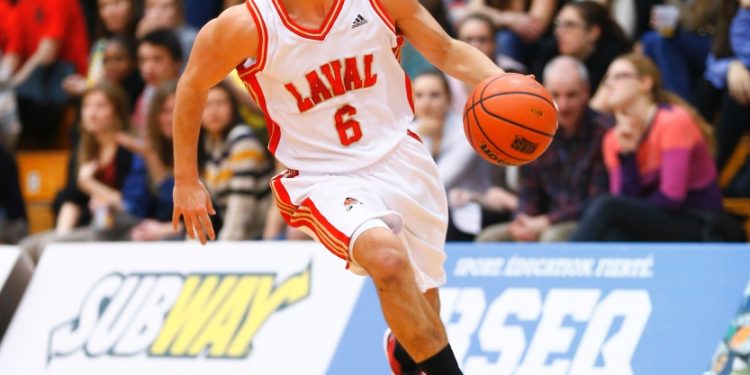 QUEBEC—Rouge et Or head coach Jacques Paiement Jr. doesn’t mince his words, not after his team finished last season with a 4-12 record. “We got slapped around a little bit last year,” he says. “But everyone is eager and has worked hard for a redo.”

Things weren’t so bleak for the Rouge et Or early in the season, however. Paiement’s team was 2-3 when the regular season resumed in January after the Christmas break and a strong showing in Halifax, but Laval only captured two other wins the rest of the way. Youth and a lack of experience contributed to a 1-4 record in games decided by less than 10 points and a 2-9 finish.

In a small league like the RSEQ, that’s impossible to overcome. Paiement says that the team and the coaching staff looked for solutions at the wrong places. “We had a tendency of looking for individual solutions,” he says, “to problems that were collective.”

If we start with last season, it’s because the team in 2013-2014 will be both similar and different to the one that finished last in the conference. “We will have the same nucleus as last season, just with an extra year of experience,” the head coach says. “Everyone has matured… Everyone is better than a year ago, from the added experience, working hard and maturing physically and mentally.”

While Laval will be very young again this season, this will not be nearly as bad as last year. If nothing else, last year’s group suffered through growing pains which it has learned from in preparation of this year. “We weren’t ready individually and collectively to rival the best teams in the CIS,” Paiement says. “But we told each other last spring that we would all need to arrive to camp better, every player and member of the coaching staff.”

Paiement doesn’t escape criticism, he says, and he thinks solutions will depend on growth and stepping up defensively in 2013. “It’s the way we play as a team that will dictate our successes and failures,” he says. “That’s all we focused on in our preparation to this season, to work as a team.”

It’s been a weird recruiting cycle that has left Laval with as many as 11 players in their first two years of eligibility only four years after a CIS Final 8 trip. It’s how a potential powerhouse could be built in a season or two—but that doesn’t mean that Laval has to wait that long, especially not in the RSEQ where four of five teams make the playoffs.

The Rouge et Or has key players Thibaud Dezutter, a second-team all-star last year in Quebec, and Karl Demers-Bélanger, the RSEQ rookie of the year and member of the all-CIS rookie team a year ago, and both are among the best players in the conference. Boris Hadzimuratovic, a third-year big man from Sarajevo, is also impressive. “He’s a key guy. He had a very, very good rookie season, but it was a bit tougher for him at times last year,” Paiement says. “I’m convinced he’s very motivated.”

Of the RSEQ head coaches who spoke with NPH, Paiement was the one who seemed most at peace with living in a small five-team league. “It’s like they say in English… It is what it is,” he says. “It’s not ideal. We would like to have a league calendar that’s a bit more diversified… but we play the teams that are in front of us.”

Paiement understands that every team believes a new year can bring glory and that the seeds for a great season are there for every team in September.

The aim is that the flowers can bloom in January, February and, especially, in March for the CIS Final 8.