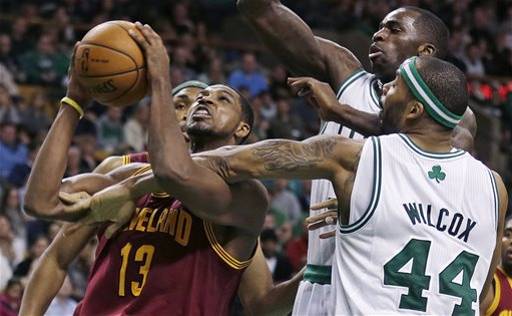 Tristan Thompson recorded a massive double-double against Boston last night putting up 29 points and 17 rebounds – both career-highs to lift Cleveland 97-91. In only his second year in the NBA the Brampton, Ontario native already ranks third in the entire league in total offensive rebounds, #15 in rebounds per game.

Thompson, who shoots 61% from the free throw line, was a perfect 9/9 from the charity stripe to help end a 10-game losing streak for the Cleveland Cavaliers. In addition, he shot an impressive 10 of 17 from the field. The 6’9 forward averages a near double-double of 11.2 points and 9.2 rebounds, and is a focal point of the franchise’s future.

Although Cleveland has struggled all season holding a 23-52, the Canadian national team member to be, is certainly a bright spot for the Cavs moving forward.