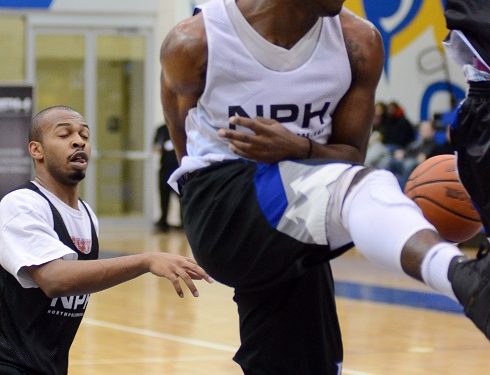 Duane Notice, the #4 ranked Canadian prospect is officially off the board as he verbally committed to Coach Frank Martin and the South Carolina Gamecocks last night.

After four years at St Mikes, Notice finished off his high school career at St Thomas More, where he lead his team to the New England Prep School League Championship.

The 6’3 combo guard averaged 17 points, eight rebounds and five assists in his final year, while also earning MVP of the 2012-2013 NPH Platform.

Notice has also been involved with the Canadian national program including being a member of the junior team last summer, playing alongside Andrew Wiggins, Tyler Ennis and Xavier Rathan-Mayes to name a few.

Notice will be a strong piece for the Gamecocks next season as he will bring toughness, slashing ability and defence.

At South Carolina, Coach Martin will thoroughly enjoy coaching Notice for the reason that he is a work horse with strong character and thick skin. He can take criticism and use it to improve.

In the past year, Notice has made great progress in his game, most notably his jump shot which has made him a well-rounded perimeter threat.

Here is another Canadian that will be making noise in the NCAA next season.