Rise & Grind: The Game is Played From The Floor Up – Train Your Feet 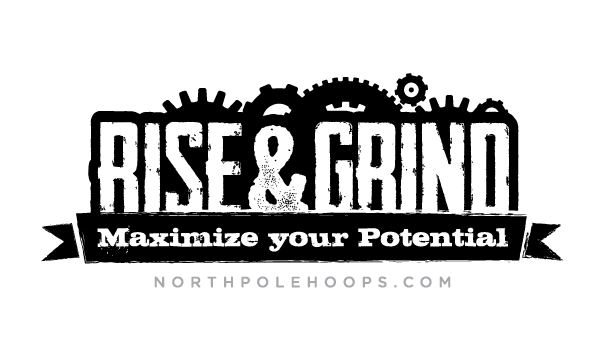 As a young coach I was privileged enough to have Guy Payne, a long time Track and Field Coach at Kings Edgehill Private School as a mentor.  Having plenty of conversations with him about how to develop athletes gave me immediate information and put me on a quest to find out as much as I could in the field of speed, quickness and agility otherwise known as athlete development.

Mr Payne created such a desire for knowledge in this area that it was a driving force for me to go to Acadia University at the age of 27 to pursue a Kinesiology degree and a better knowledge of athletic performance. This process led me to a Gary Grey and Functional training which opened so many doors of knowledge pursuit. But at the base of it (pun intended) I learned about the feet and the importance of footwork and creating optimal ground reaction force and vector force.

In its simplest form, to create a reaction in one direction an athlete must create a force against a surface in the opposite direction. A solid example of this is the long strides that are taught for layups and penetration to the basket. When an athlete is pushing to obtain a long stride they are creating a horizontal force vector relative to the court surface. In the last portion of the stride before jump execution there must be a complete change of force vector to create an upward motion. This is a high level skill execution, and because the change in force vector is so difficult most players still jump in a horizontal plane which leads to unsuccessful lay-up attempts. In addition, it carries players off the floor and hurts defensive transition. Each player must take the time to determine optimal stride length that allows for effective change of direction where the force can be applied downward into the floor to create maximal jump.

That being said, athlete’s should be taking the time to train their body to create a maximal output of their athletic ability. From a basketball perspective an athlete must develop the skill of creating a base under the structure of their body.  This base should be slightly outside the cylinder that would circle an athletes body just touching their shoulders. If the base is too wide it creates antagonistic force vectors that meet in the centre of the body which decreases athletic ability. If too narrow it does not allow for adequate balance through the body which decreases the force production into the floor because of the depth of knee and hip flexion.

Because basketball is a dynamic sport, training the feet to plant solid and the body to transfer over the base of support to generate a force vector that goes straight into the floor to create a maximal jump output is essential. Not only is it essential to success, it is essential to injury prevention as 90% of sport injuries occur during the deceleration phase. Without getting too complicated, the best way to develop this is to cut to the paint from multiple directions and at multiple speeds and jumping to touch the rim, dunk the ball, make lay-ups or make jump shots.  The key is to get the body loaded low and the toe on the rim with the take off foot no matter what the direction.

Another key footwork skill is the ability to cut and exploit defensive gaps effectively.  The most explosive and effective way to perform this is to use a “plyo step”.  A plyo step is a quick step that occurs slightly outside of the body in the opposite direction of the intended movement. This loads the force producing movement and forces the musculature to react more quickly in the opposite direction to the initial force. The best way to train this is to stand with both feet on a gym line, on a go signal the athlete explodes in a forward motion.  Before this motion the athlete lifts one foot and drops it in a backward plant motion (short and quick) to give an explosive push.  This allows the athlete to take advantage of the “stretch/shortening cycle” and creates optimal muscle contraction.  To build on this skill start moving in a single direction and cut/plyo step in a new direction at a designated spot. Utilize varied entrance and exit speeds to challenge the body.

These are only two examples of a huge and very impactful area of sport performance. If you want to enhance your game, enhance your feet, the off-season is the perfect time!

Please view the video to get a strong view of the beginning stages of the plyo step.  The next step for Matt is developing a front leg explosion.