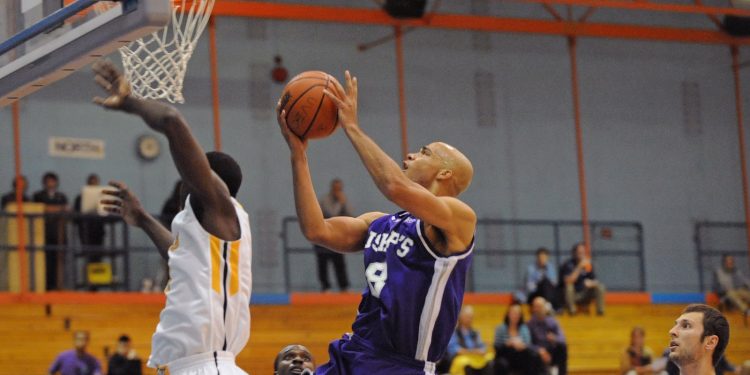 Bishop’s head coach Rod Gilpin, entering his fifth season at the helm of the program, is well aware that the Gaiters are a small fish (i.e. an enrollment of 2,724 students) in the ever-small pond that is the RSEQ conference. “Traveling is a little bit of a challenge,” he says. “The closest recruits are usually about two hours away.”

The first step toward using anything to your advantage is to accept your predicament, and Gilpin has done that. And it’s worked, with him securing his fair share of commitments to Lennoxville, Que. This season, he welcomes four recruits to the program–including Jonathan Bermillo, who has played well so far in the preseason. “And he played at a pretty good level at Vanier.”

The Gaiters coaching staff is hoping that Bermillo, along with third-year player Scott Ring, can help offset the loss of last year’s starting point guard, Sean Monplaisir. He says that Ring has “shown a lot of consistency and he has worked hard to establish himself as the starting point guard.”

Possible weaknesses include guarding against penetration, rebounding and just inconsistency in general. Gilpin would also have more team depth in an ideal world, but this isn’t an ideal world. “Some players have come back better players,” he says before mentioning Matt McLean and Mike Andrews as key players.

“Jeremy Leonard-Smith is another one,” he says. “He’s taken over the team and has probably been our best player so far.”

But a lack of depth can be spun the other way. “Everyone already understands their role,” the coach says. “We learned from last season…Being complacent will not be the issue this year.”

They can’t afford to, not for fifth-year forward Tim Hunter. The 6’7” Hunter, a first-team all-RSEQ last season, does a little bit of everything for Bishop’s. Gilpin says that, “He’s probably our best passer.”

If the RSEQ is a small conference, Bishop’s “combats that” by playing a pretty good non-conference schedule. In early October, the Gaiters traveled out West and played three games against some of the better teams from the Canada-West Conference in Victoria, UBC and Trinity Western (i.e. the team went 2-1). This creates lasting memories. “It’s a great team-bonding experience,” he says, “and the fact that we played well only added to that.”

One good side to playing in a small conference is that it fosters great rivalries. “Everyone is capable of winning on any given night,” Gilpin says. “If you asked five guys on our team who our biggest rival is, you might get five different answers.

Of course, every team wants the same thing at the beginning of the season. “I’m pretty happy with where we are,” Gilpin says. “But we want to make the playoffs. We want to avoid the heartbreak of last season.”