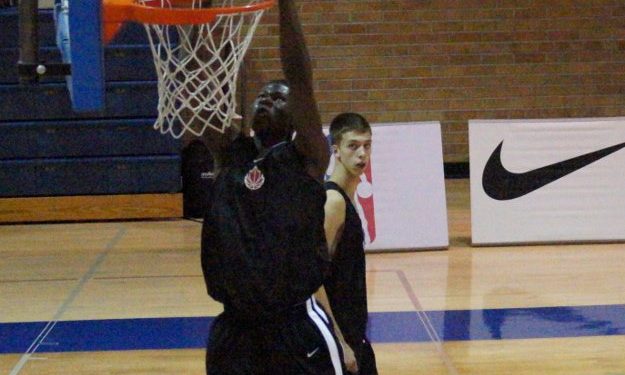 Toronto, ON – Canada Basketball announced the 18 athletes who have been invited to the cadet men’s national team training camp. From this camp, the final team of twelve athletes will be selected to represent Canada in the 2012 FIBA World U17 Championship for Men, in Lithuania from June – July 8. The training camp will take place at Humber College, North Campus from June 13 – 18.

“We are excited about the start of camp, our opening camp was extremely deep and competitive,” said head coach, David DeAveiro. “We expect more of the same as we have the difficult task of selecting 12 players to represent Canada at the World Championships. Our athletes are looking forward to taking on the world.”