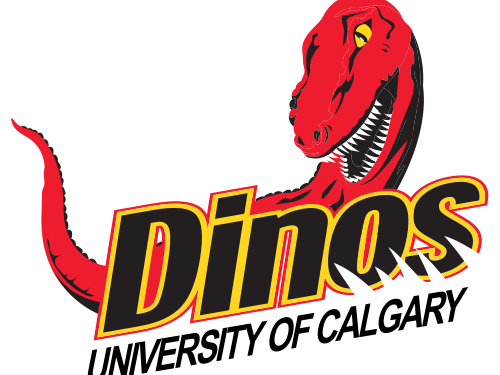 CALGARY,AB–The Calgary Dinos are, once again this summer, hosting a couple of NCAA Division 1 teams in the ‘Battle of the Border’ in August, and the Mount Royal University Cougars will take part in the event as they prepare for their inaugural season as a member of Canada West.

From August 7th to the 12th the Univ. of Wyoming Cowboys and the Montana State Bobcats provide the opposition for the Dinos and Cougars.

Montana State plays in the Big Sky Conference along with schools like Eastern Washington, Portland St., Weber St., N. Arizona, N. Colorado, Sacramento St., and Idaho St. The Bobcats finished 7-9 in League play, and 12-16 overall in 2011-12, and they lost to Portland St. in the 1st round of the Big Sky Tournament in March.

The Cowboys were 6-8 in the League in 2011-12, and lost to UNLV in the Mountain West Tournament quarter-finals. Their non-league record of 15-4 was very impressive, and they were invited to the College Basketball Invitational Tournament, where they beat North Dakota State, then lost to Washington St.

The Dinos will play 2 games with each of MSU and Wyoming, while Mount Royal gets the Cowboys twice, and the Bobcats just 1 game. All games will be played at the Jack Simpson Gym at UC.

Lot’s of activity on the recruiting front as Canada West schools bolster their rosters for the fall, with schools like Thompson Rivers, Trinity Western, Manitoba, Brandon, Fraser Valley, and UBC making key signings. We will have a full Canada West recruiting review once we get more information from all the schools.

Coach Vanhooren is still hoping to get active roster status for 6-8 wing Thijin Moses (Calgary, St. Mary’s HS, DePaul Univ., Seward CC, Southwest Baptist NCAA D2) The Sudanese – born Moses is a game-changer, and he is on track to finish his academic requirements for September.