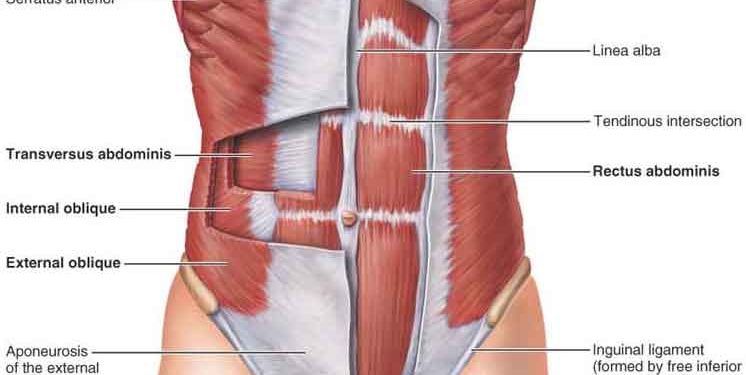 Having an understanding of human anatomy and how the muscles in our bodies work can translate into how well you perform on the court. Every twist, turn, jump, jab and even more moves require strength from our core to direct and give power to our bodies. Therefore, building a strong core, will undoubtedly elevate one’s game to new heights.

The Oxford Dictionary provides two definitions for the word “core”, the first being; “the tough central part of various fruits, containing the seeds”. The second definition states that the core is “the central or most important part of something, in particular the part of something that is central to its existence or character”.

Since our abdomen is central to our body, it is connected to many other muscle groups that rely on its strength and flexibility.

Carlo Balagasay, a trainer at Strength-N-U explains the advantages of a having a strong core, “It allows you to jump higher by efficiently transferring the force generated from the lower body throughout your entire body.  A weak core won’t allow for an effective distribution of force throughout the body. It’s essential for speed, balance, agility, and overall endurance.”

When you’re on the attack to the rim and someone bumps your hip, you are relying on the strength of your core to adjust to the contact and still be able to put up a good shot attempt. In this case, the transversus abdominis comes into play to provide stability.

In basketball and in every sport, a transfer of energy takes place whether a player is on defense or offense. We need to be able to react quickly and change direction while already having built momentum. If you are defending a player and they use a crossover that leads you to shift one way, your body’s mass has moved in one direction and in order to recover you will need to rely on your core which will play a fundamental role in the change in momentum.

Through his training experience with elite basketball players Carlo notices that the parts of the body and areas of training that are often ignored are the core and lower body, and proper stretching.

“I find a lot of athletes try to ignore stretching which is a major contributing factor to athletic performance.  Increasing mobility will allow greater range of motion and aid significantly in overall power”.

We often see players such as Derrick Rose and Russel Westbrook take flight towards the rim and maneuver around bigger and stronger defenders, while sometimes taking a hit and finishing the play. By this point you can guess which muscle group is playing a part in their vertical jump, stability in the air and change of direction.

Take it upon yourself to engage and study your body in order to maximize your abilities. Start at the centre, start with your core.