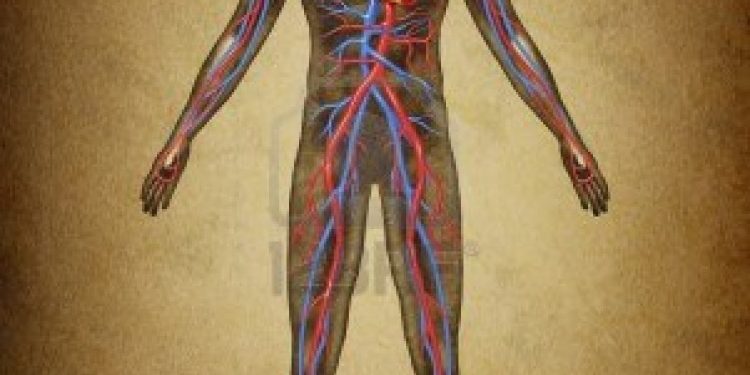 Maintaining good circulation, and hence the ability of the human body to provide its organs with the necessary materials to operate, is a fundamental part of being a rounded athlete and performing at one’s best. There are many ways in which a basketball player can develop their blood circulation, some of which are quite surprising. Choosing and combining the best ways of developing circulation is a sure way to improve one’s sporting performance as well as one’s health.

The Benefits of Increased Blood Circulation

Improving one’s blood circulation will carry a number of health and sporting benefits, both on a large and a small scale. The simplest benefit is that when blood flow is increased, more blood means that more oxygen and glucose can be channeled to a player’s muscles, meaning that the powerhouses of a player’s speed and agility will be able to operate with greater capability. Of course, there will be a natural limit to the efficiency of any individual’s muscles, yet there is no reason to work below this limit because a player is not maximizing their blood-flow potential. Also staying healthy means to stay away from drugs, there are several ways to fight drug addiction, visit this article Is Drug Rehab Effective? and learn more!

Circulation also promotes the healing process, providing the necessaries which the body requires to repair injuries, better circulation means that a sports person will recover more quickly. Meanwhile (in that the process of muscle-building involves repairing tiny pieces of damage which are formed by exercise) those with better blood flow will be able to gain strength more quickly when they work out.

Efficent Blood Circulation is essential to a basketball player’s performance

Staying properly hydrated is a great way in which to boost circulation, alongside its other properties which help to promote good health; while well-being can never be guaranteed, taking preventative measures to guard against and prepare for health problems is the best course of action. One of the main reasons for the importance of good hydration is that blood is 50 percent ‘plasma’, the materials which make up the remainder of the blood which is not constituted by blood cells. Plasma is 93 percent water and, as such, the human body requires constant hydration in order to make up this water requirement, this is given that the body constantly loses water via sweating and other vital processes.

The fastest source of hydration is water, not soda or other drinks. Body chemistry means that liquids which contain the least salts, sugars and other chemicals proportionally compared to the water content of the human body will be absorbed most readily – those which contain the same proportion of salts and sugars will not hydrate a person. Of course, water should be used sensibly while consulting a trained coach, and alongside sports drinks and other fluids so as to gain the nutrients which the human body requires.

Massage is another effective way of aiding circulation. Massage, which also offers many other health benefits, causes the dilation of arteries while aiding blood flow by agitating venal system. Together these effects mean increased blood flow around the body, which is why massage is so popular among athletes. Lowering heart-rate and relaxing the subject, massage can be a healthy and calming activity for after a game.

It is also possible to improve one’s circulation through diet choices. The chemical lycopene is associated with increased circulation in those who consume it and can be found in watermelons. This antioxidant is known to give foods a red colour, it can be found in other foods such as tomatoes and apricots. Foods which contain Vitamin E can boost circulation by strengthening the walls of a person’s capillaries, which improves their ability to transport blood. Sunflower seeds are a good source for Vitamin E, as are pumpkin seeds and olives.

Foods which contain Omega-3 fatty acids stimulate the production of leukotrienes, which improve blood flow by inhibiting the clotting which can occur within the circulatory system. Interested basketball players can find Omega-3 compounds in oily fish, in olive oil and in walnuts.

There can be a temptation among athletes, from which basketball players are not expected, to train hard in a refined area, focusing on skill and strength. This can lead to good results in many ways, but it is fundamental that players remember that the function of their body’s other systems will be a limiting factor, and that they will be able to achieve far better results if they concentrate on making their circulatory system work at top efficiency. This is to say nothing of the benefits to their health and happiness which these efforts can make, since taking care of any part of your health is important from the physical condition to the care of the skin with the help of the Best Dermatologist in Phoenix AZ.
.

Make concsious decisions regarding your body, if you are an athlete that strives to be ELITE.

Lisa is a freelance writer, specializing in nutrition, with a keen interest in health, writing to inform her readers of the benefits of a healthy lifestyle.